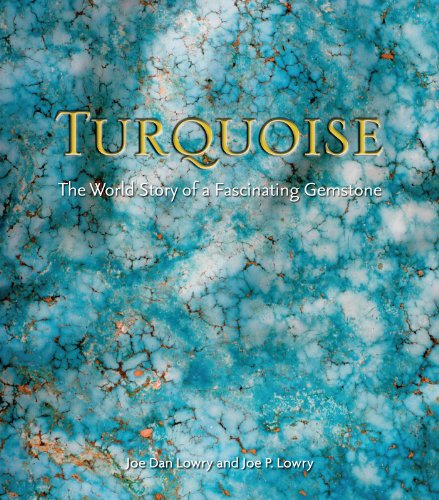 By 3000 BC, the people of Sumeria (Iraq) had established trade routes that reached Egypt, Turkey, Iran, the Persian Gulf, central China, and India. At Ur, Sumerian tombs dating back to 2500 BC have yielded   many luxury items, including jewelry, game boards, cosmetic containers, and weapons. Many of these items were inlaid with gold, silver, lapis lazuli, turquoise, and carnelian, “As Persian turquoise was traded throughout the world, it was set in many ornamentations and jewelry styles by multiple cultures and artists. Another legacy to turquoise and its Persian culture’s influence and renown was the stonecutters’ art of cutting and refining a perfectly shaped high-dome stone. These stones shapes along with Persian turquoise colors could then be matched and set into elaborate designs of art. This detailed craftsmanship brought Persian turquoise and the gemstone itself to a new level of interest in Persia as well as to the rest of the world.

INITIAL USE AND TRADE

How the Persians began to evaluate turquoise brought another unique aspect to the turquoise world. They prized turquoise with clarity, cutting their cabochon stones so that no host rock or impurities could be seen on the surface of each deep sky-blue-colored stone. This grade of turquoise was the most coveted but not the most common turquoise produced by Persia’s many mines. Mining production also included large quantities of low-grade colors with matrix, as well as several shades of green turquoise. Persians used and sold all grades of turquoise, but during the generations of the shades, the best was given to the shah’s treasuries. It is rare to get a stone with clarity that is bigger than the size of a small coin, so small cabochons of Persian Turquoise have been set in many wonderful and elaborate designs of art and ornamentation around the world. From the Middle east and throughout Europe and Asia, Persian turquoise is still recognized for its “Persian Blue” colors. Persian turquoise is still a standard for turquoise in the modern world, and this fact is a tribute to the Persian stonecutters and artists as well as to the gemstone itself.

There are two main areas where turquoise mines are located in what is now the country of Iran. The most famous mines in the Khorasan Province in the Bar-I-Madan district, about fifteen miles northwest of the town of Neyshapur, north of Madan, at an altitude of 4800 to 5900 feet. It was during the 1800s that a collection of small villages became known as Madan, and it is said that the area’s economy almost exclusively evolved around the turquoise trade. Other mines are found near the towns of Iblis and Yazd, located in the province of Kerman in south of Iran. Neyshapuor is located along the ancient trade routes to Mesopotamia, and numerous mines are located over several hills, scattered along several valleys located about 225 miles south of the Caspian Sea. Several of the historic sites include Abu-is-haghi *Now called the Abdurrezzaghi mine), Gher-e-zak, Gher-e-sabz, and Gher-e-abdul Razzaghi. In Turquoise, by Joseph E. Pogue, the mine names that are mentioned are Abdulrrezzagi, Surkh, Shaperdar, and Aghali. In a nearby valley, the mines called Maleki, Zaki, Mirza, and Ahmedi are mentioned. Some Other mines listed include Kerbelai Kerimi, Dar-i-kuh, Sabz, Anjiri, Kemeri, Ardelani, Khaki, Reish, and Ali Mirzai.

The turquoise mined in Persia has not been generally marketed to the world by a specific mine’s name because the market for Persian turquoise has always had to do with the grading of the turquoise in clarity and color and not the specific mine source.

“Archeologists working on the remains of a developed city Shahdadi in Kerman have found countless pieces of precious jewelry dating from 4300 years ago, from industrial and residential areas and a graveyard”. Copper objects and objects made of stones such as lapis lazuli, carnelian, and turquoise have been found at the excavation sites at Tall-e-Bakun. As Empires rose and fell in the Middle East and surrounding areas, the mining continued, and the turquoise was cut, traded, and sold. Throughout this area’s significant history, many travelers to Persia have commented on the quantity and quality of the turquoise from Persia. The best was traditionally said to come from the Neyshapur area in the northeast part of modern Iran. The Persians’ wealth and artistic abilities became famous as their stature continued to prosper. Many writers spread Persian turquoise’s fame as a gemstone of brilliant color and grand mystical qualities throughout all of Europe. The Persian Turquoise mines were mentioned by Marco Polo, Shakespeare, and other writers and explorers as the best source of turquoise in the world. Persian turquoise of all grades was traded to the Mediterranean cultures and along the Silk Road, to Turkey, throughout Asian and the European world. Originally called pirezeh in Persia, it became known as turkis, turquois, and then turquoise. The name turquoise is said to have been given by the French Europeans a a description of the Turkish traders who they traded for the blue stone—The Turkish Stone. The “e” was added to the word turquois with the influence of the English language. The misnomer that the turquoise originated in Turkey instead of what is now Iran became irrelevant as gem became known in all of Europe as turquois.